Combines the world of Tequila with Games.

At first I was excited…

It was a tad bit of shock this afternoon when I fired up the old blog. I checked and to my surprise, I found 12 pending comments to sift through. Usually they are legit because from what I’ve noticed, wordPress does a pretty good job of filtering spam for the most part.

Anyways, purpose of this post was to show you something I haven’t done in at least a couple of years (I’m too lazy to officially check), and that is to show you a terrible screenshot of mouse. Ha. 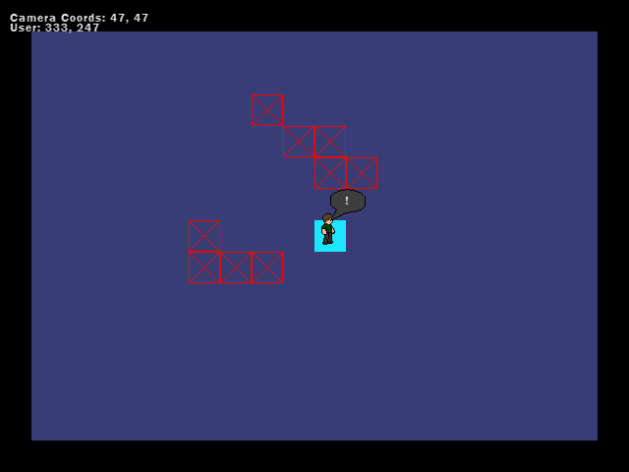 Anyways, as you can see, this is a test environment and I’m currently re-learning a lot of scripting nuances about the MapEngine as I haven’t toyed with it in a few years. My end goal is to create all of the systems and presumably all the cases of interaction and game play. After I’m able to complete these, the rest of the game can come together and by god, progress can finally be made.

Can you tell I’ve had some free time?

After a pretty hectic push to finally push 2.0 out the door, I decided to just unwind a bit and take a bit of a break from the grind. I’m sure there’s some lurking bugs that I couldn’t foresee or just fell a tad blind to notice.

At this point I’ve already started the next iteration of Traders, haven’t honestly got too much off the ground as of yet, but I’m fixing and combining items to make everything much easier and flow a lot nicer, unfortunately however, it’ll require a lot more testing in the future. Also coming as a new hazard is the overall length of the script. Currently I’m pushing well over five thousand lines of code, and that is only the client portion, the server is more or less the same size. It’s a huge undertaking and the updates will likely be a little more “productive”.

I’m planning on adding some “flare” to the site, hopefully in forms of more content and more things I had planned on in the beginning, like more articles, reviews and just overall… jabs.

Took a bit of a break from game creation to hit up an old console classic, Final Fantasy. No, not the original one. I hooked up the old Playstation (yes, PS1), scoured through the games that I have and had a bit of a toss up between Final Fantasy VII, Final Fantasy IX and Metal Gear Solid (the original, 32 bit era that is). I knocked MGS off the list nearly immediately for a couple of reasons, firstly, I’ve been beating Destiny to death lately and wanted to walk out of any first person shooter/guns type of game.

I started with FF7. I loaded up a super old saved game to see where I was at, yea, no. Just got shot down in the duster so I skipped that over, I’ll continue that game on Steam instead where I have all the goodies. So instead I stuck in Final Fantasy IX. 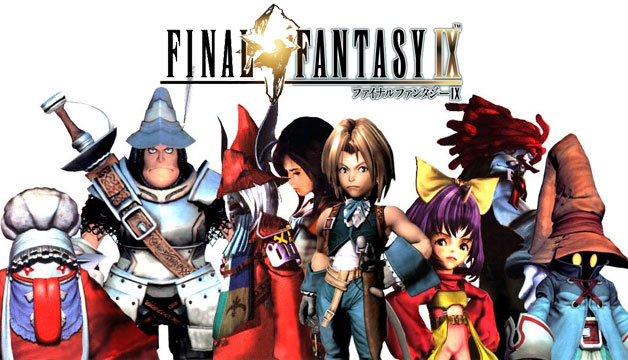 What a beautiful game. I haven’t got very far in my first session as of yet, but I plan on playing this to kill some down-time (which seems to be limited greatly recently), definitely missing the times I could just delve into full RPGs for hours on end.

I’ve been thinking about my next project as I give Traders a bit of a break and just be happy with the release. I want to work on Mouse because I feel like it needs to be done for myself, but I don’t want to take the work in the planning aspect of the game which is needed dearly. The other problem hindering the game is not necessarily the graphics (which is a battle itself), is my in-ability to make a decision. I’m awful for it. If I’d just make some concrete decisions the game could easily progress further and more things can get created. If you look in the “mouse” section of the site and go through the screenshots you’ll see basically three different games. A full out RPG and what appears to be a Zelda knock-off.

Maybe I’ll just vanilla-it and do something simple with it’s story and add in flare when I get a bit further on. My dreams are absolutely huge, it’s the time, devotion and ability that hinder!

Step at a time…

It’s been a long time since I’ve really had something new to show. I’ve been hard at work cleaning up and making Traders more efficient and neater. As mentioned before, the chat has been moved to the top of the screen and the players are now occupying that section of the screen.

Here’s an updated screen from the newly created lobby menu, of course, a lot of options for game-play are still missing, however, they’ll be added when everything else is complete.

Now, the bad news for it all. Well, there isn’t anything that is terrible per say… more of a pain in my ass. Since I’ve re-worked a lot of the client portion of the game, a lot of the workings of the server have to be fixed to make it all… work together. Just something that’ll take some time.

Currently, I’m testing full game functionality and fixing/updating as required. The only thing that is currently omitted are the ‘updates’ (small graphical notifications). I’m still listing everything I need so I can make the proper handler.

I’m estimating that I have about 6-8 hours of work left… unfortunately about that is I don’t necessarily work on it all the time, and straight!

Its been a week.

It’s been a damn long week. Unfortunately, the weekend is pretty much over already. Between hockey games, ending of the Olympics, turning 30, moving and settling, its been a crazy time. So much in fact I haven’t been remotely available to start/finish/continue anything that I’ve really wanted to in that time.

So the plan? Spend more time on my games,  I want to finish all three. Two of which are nearly completed, both just needing some polish and configurations while the other, Mouse, in a very premature state. Focus will continue mainly on Traders but when I need a mental break, it will shift to Mouse, as it nearly always does.

I was bored waiting at the doctor’s office a few weeks ago and made a hefty list of things I needed/wanted in Traders. It serves as a handy aide when I’m a bit lost. I find it’ll help a lot when it comes to brainstorming and thinking about Mouse. Back to the grind!

(Since when does it take nearly 20 years to make a single game? Albeit, not that same one. Anyone ever remember a game called Barratone Fist? I miss the old days of the original RPGmaker.net, the engine rush, RPG2000, RMDownloads, rpg-haven, and the list goes on. GamingW was still shit back then too.)

So I may have left this “blog” to the wayside. I honestly just didn’t have much to say. I’ve been working on the computer AI the last few weeks and honestly, it’s been a mere headache. First I had to develop a way just so the entire AI logic wouldn’t hinder/full stop the entire engine. So now, the framework is done, I need to remember to remove the played cards (before I forget), and figure out an efficient and hassle-free (as much as it can be) way to change turns and to change hands as well.

Sorry, still no new screenshots. I’m holding off production of Mouse as well until I’ve completed Canasta. I plan on working on Settlers and Mouse collectively and together. A break from each project because the projects are so different.

Home of Defiant, Defi… mainly known as Mike. Now, 35 year old male that drinks beer and makes a killer long island. Main passion is hockey & golf, but I’ve dabbled in game making for nearly two decades. Flagship project being Mouse, however, its been a crippled beast for as long as life itself, but is slowly making an appearance.

I’ve completed Traders (Catan) which has had 2 releases, and Canasta (card game) which also has two iterations.